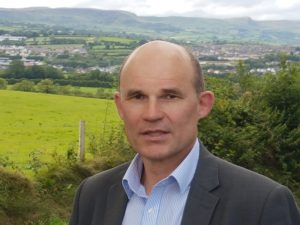 Roy Beggs MLA said “Julie Nelson is deserving of her BEM award from the Queen for her outstanding contribution to the Northern Ireland team who have reached next Summers Euro Finals for the first time ever. Julie was also the first women’s player to reach the milestone mark of 100 caps for Northern Ireland and I congratulate her on her fantastic career to date.

Thomas Haighton, who received an MBE in the Queen’s Birthday Honours, has been a tireless advocate for people with a learning disability and I am aware at first hand of his proactive work which enabled the Learning Disability Pride parade to come to Carrickergus twice in recent times – with thousands attending. Both Julie and Thomas are outstanding role models and I congratulate them on their Honours.”