“I have been in detailed written correspondence with Justice Minister David Ford about the sentencing, pre-release, and parole issues surrounding the McCord case.  I have also been asking questions at Stormont- as has my party leader Mike Nesbitt.  There still are however unanswered questions, and major discrepancies between what is being said now in late 2013, and what was said in 2004 at the time of McCord’s sentencing.  I am waiting for a response to my request to take Nichola’s mother and brother- Linda and Gareth to have a face to face meeting with the Minister, to follow up the meeting we had with the Attorney General 3 weeks ago.”

“One fact that has been confirmed in the answers to my Assembly questions, is that the sentencing arrangements for life sentencing for murders remains exactly the same as that which pertained in 2004.  When McCord was sentenced, Northern Ireland had fallen out of sync with the rest of the UK in terms of sentencing guidelines, due to the non-application of the Criminal Justice Act 2003.  At the time however, and after a petition campaign, NIO Ministers and officials gave the impression to the victim’s family that we would be brought into line, with tougher guidelines included for Judges to base their tariffs on. However, it seems to me that once the media interest subsided, the issue was quietly dropped in 2005.  This was a Westminster area of responsibility until 2010; there are questions for Northern Ireland MPs to answer regarding what they did or did not do in that period to end this anomaly.”

“The Criminal Justice Act 2003 created statutory starting points for tariffs in mandatory life sentence cases in England and Wales. Following their implementation, the Northern Ireland Office issued a public consultation, in January 2004, seeking views on these provisions and the appropriateness of their application to the sentencing framework in Northern Ireland. The Government at that time made no changes to the Life Sentences (Northern Ireland) Order 2001 as a result of this consultation.” 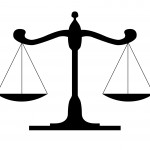