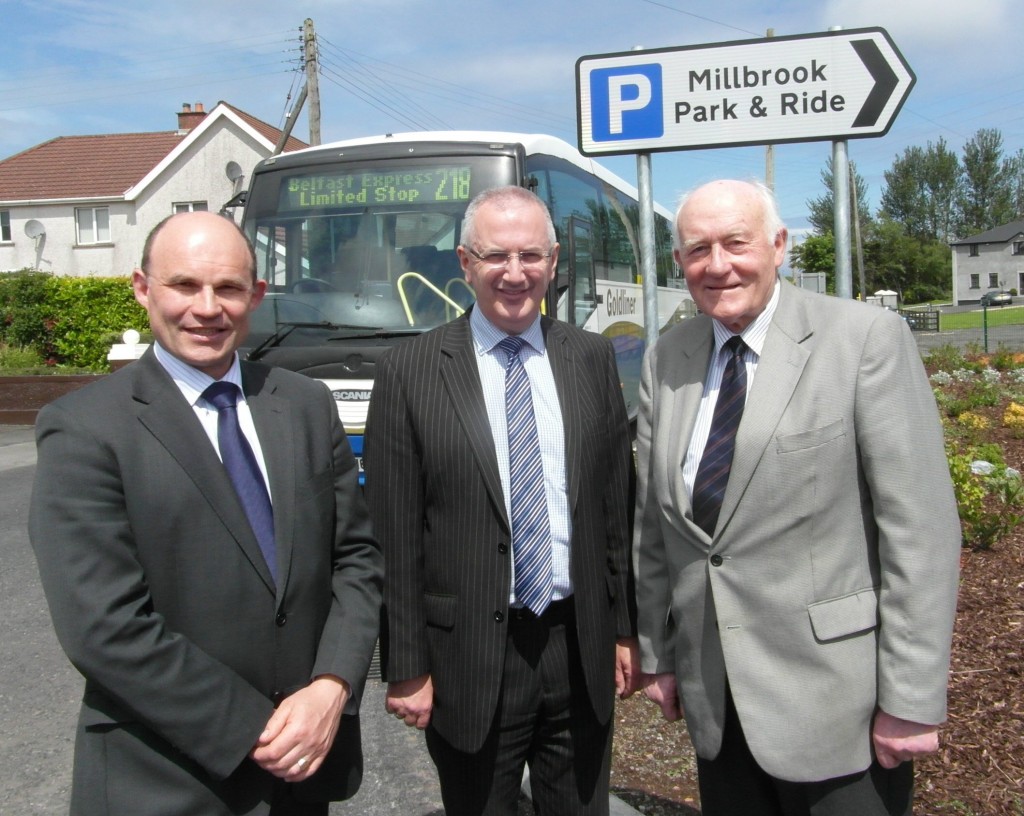 Commenting on the opening of the new park and ride facility adjacent to the A8 off the old Belfast road at Millbrook, local UUUP MLA Roy Beggs Jnr said:
“I was delighted to see my party colleague, Danny Kennedy Minister for Regional Development at the opening of the Millbrook Park and Ride. Not only is Millbrook an important hub for ‘park and ride’ with easy access to Bus services, this new facility will be a safe and accessible meeting point to‘park and share’ for car-pooling commuters.”

Speaking at the official opening last Wednesday, Roy Beggs MLA said:
“Whilst some concerns were raised at the planning stage about this facility, I believe that overall what has been provided by Roads Service is positive and beneficial- not only for the wider travelling public, but for the residents of Millbrook as well.

It is noticeable that far fewer cars are now parked on the Old Belfast road outside private homes. This had been causing friction in the area, with complaints that local residents were having difficulty parking outside their homes, or being blocked in on occasions by other road users. This is what led to calls being made by myself and other representatives for Roads Service to provide a park and ride car park for the Millbrook area in recent years. I would also welcome the recent traffic calming measures  including safer pedestrian access to the bus shelter.”