Beggs reiterates that the NI Protocol is not working 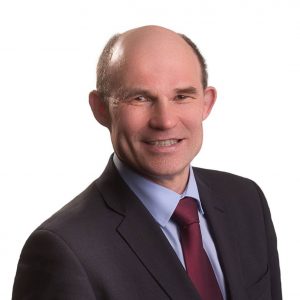 Speaking during the debate on Sanitary and Phytosanitary Standards: Bespoke Agreement at Stormont on Monday, East Antrim UUP MLA Roy Beggs has again outlined that the NI Protocol is not working; is significantly disrupting E-W trade and that a rethink is needed.

“The Northern Ireland protocol is not working. It is significantly disrupting trade east-west. A rethink is needed. It is costing our businesses and, increasingly, it will cost our constituents in their pockets as they buy the essential items in their daily lives. We all have to remember that we have had only a small taster of the bureaucracy, disruption and cost that is likely to occur.

I am aware, for instance, that many hauliers have stopped using the port of Dublin because it is implementing the fuller level of protocol testing and paperwork and are coming in via Cairnryan instead. There is another level that is yet to be experienced by Northern Ireland customers. There are wider aspects that are yet to come. The regulations around the parcels industry will not work and will not be tolerated. The sooner everyone recognises that, the sooner we can get down to practical talking to get solutions before there is a huge impact on our economy and our politics.

I draw Members’ attention to the Ulster Unionist amendment, which asks for: “a bespoke agreement to align sanitary and phytosanitary standards for goods at risk.”
At the moment, the level of bureaucracy and paperwork is ridiculous. I know of a small motor factor in Larne, who used to ring up his supplier in GB to ask them to post over an item. He cannot do that any more because items have to come as part of a pallet load in a minimum order of £1,000. By the way, the distribution costs have doubled as well. That is the outworking of the protocol. When our constituents go to buy items for their cars, they will all be paying for it. That is the reality of what is being delivered. What are the risks? Are container loads of car parts going across the border? Were that the case, I would fully understand why such levels of scrutiny might be required of customers who are abusing the system. Why can we not have an at-risk system, where goods that are clearly being traded locally do not get caught up in bureaucracy?

The Belfast Agreement has been used and abused. Clearly, the Irish Government, the EU and others have focused solely on North/South issues and ignored the east-west aspect, which is disrupting politics and will increasingly do so. As others have said, UK standards are frequently higher than those in the EU, particularly around animal welfare. I am curious as to why Sinn Féin, the SDLP and the Alliance Party want the full implementation of the protocol, and why they chose that very dangerous language rather than looking for practical solutions that will address all the concerns. That is not what is being looked for. Too often, we have heard that they want the full implementation of the protocol. The protocol could be adapted and changed to cover at-risk products if there were a willingness to do so. I only wish that that were the case.”

Mr Beggs then allowed an intervention by SDLP MLA Matthew O’Toole, who asked “First, I have heard the phrase “rigorous implementation” about 10,000 times from unionist politicians but it was mentioned once, in one letter. The protocol should be implemented in a way that works; that is what the UK and the EU should agree. When it comes to practical solutions, does he not agree with me and acknowledge that his proposal, which seems to be to reopen an entire international treaty between one departing member of what was a 28-member regulatory bloc and is now a 27-member regulatory bloc, is not entirely practical? That would involve going to the Finnish Government, the Danish Government, the Maltese Government, the French Government, the Polish Government, the Cypriot Government and every other Government in the EU and saying, “Lads, are you happy that we reopen this treaty?” That is not a practical solution. Does he recognise that?”

Roy Beggs MLA responded stating that “There is a mechanism to change and do away with the ridiculous parts of the protocol, but that is not the route that has been taken to date. You can stick to the full implementation of the protocol and end up having nothing, because there is a danger that you will simply cost your constituents, cost the economy and cost the body politic in Northern Ireland, while ignoring the particular special circumstances in Northern Ireland. I do not hear any regard being taken of that. The at-risk issue is not being taken into consideration.

If container loads of TVs were being sneaked through the Republic and into Europe to create unfair competition, I could understand. We would need to stop that and control it; not a problem. Why, however, do we have to stop Marks and Spencer bringing their Christmas fare into their local supermarkets? That is what the protocol is doing. I would like someone from the Alliance Party, in particular, to answer that. That party may suffer that particular aspect more than others when many of its voters recognise the difficulties of getting some of their Christmas fare. Increasingly, some of its members are becoming more European and nationalist, rather than recognising what their constituents need.

I want to talk about medicines in particular. On 1 January 2022, 300 medicines will potentially be discontinued. What are we to do? We need a practical solution. It is not economic for businesses to supply cheap medicines made in the UK to Northern Ireland. Will we just pay for more expensive medicines from elsewhere, reduce the limited money for our health service and force people to change their medicines? We need practical outworkings to deal with the situation. I support our amendment.”