P&O has brutally cast its workforce aside – Roy Beggs MLA 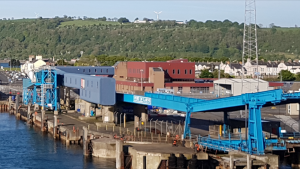 East Antrim Ulster Unionist Party Assemblyman Roy Beggs MLA, has questioned the Economy Minister in relation to P&O redundancies and asked that he contact the UK Government so that nothing like this can ever expose NI again.

Speaking at Stormont Roy Beggs MLA said “P&O has brutally cast its workforce aside in a Dickensian fashion. There was no consultation or notice, and the company delivered a live message by video link. Will the Minister clarify whether the P&O redundancy announcement is covered by maritime law, Northern Ireland employment law or GB employment law? There seems to be a variety of thoughts on that.

Regarding disruption to trade, our supply chain is exposed because no replacement crew has been approved to operate that passenger vessel safely. Will the Minister get in touch with Her Majesty’s Government so that nothing like that can ever expose Northern Ireland again?

Mr Lyons: The Member is right to raise those issues. As I said in my answer to Mr Dunne, there have to be ways to protect a strategic asset such as that.

On the question of redundancies, discussions may go on about which employment law applies here or whether the redundancies are covered by maritime law. The ferry in question, Larne to Cairnryan, spends all its time sailing between UK ports in UK waters, however, so it is likely that Northern Ireland or Great Britain employment law will apply. Even if Jersey law were to apply, there would still be redundancy requirements. It is absolutely right that people be held to account to the law of the jurisdictions in which they operate.

This entry was posted in Articles, Assembly, In The News, Press Releases, Public Accounts Committee, This Week at Stormont. Bookmark the permalink.