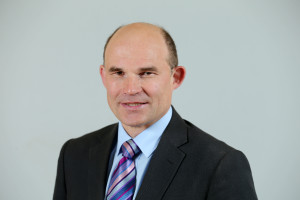 East Antrim Ulster Unionist Party Assemblyman Roy Beggs has taken part in an adjournment debate at Stormont on the topic of the school estate in his constituency. The UUP MLA specifically raised the examples of Islandmagee, Whiteabbey & Greenisland PS in addition to Carrickfergus Academy and Larne High School during his contribution.

“I thank Gordon Lyons for bringing forward this Adjournment topic. It is right that the difficulties that exist in the school estate in East Antrim are aired. I hope that they will be addressed subsequently.

Young people in East Antrim over the years have not benefited to the same extent as other constituencies have in terms of the funding of new educational premises. I am not entirely sure why. Over the past 20 years, there have been repeated announcements of new builds, but very few have been in East Antrim. It may be the fact that the constituency has an older, settled community and has not expanded to the extent of requiring a new build. Clearly, however, there has been a dearth of investment, and there is a need to correct that. Perhaps the Minister will allude to what might come in the future. I hope that he, having viewed the condition of some of our schools, recognises that there is a need to ensure that there is suitable accommodation in which our teachers and young people are able to thrive and reach their full potential.

I pay tribute to the teaching staff and other support staff in our schools for their work over the past year and a little bit longer. It has been a challenging time for everyone. They have had to learn new skills to continue to support young people through remote learning and adapt to new technology. They have done their best to try to support young people. I, like most people who are associated with schools in East Antrim, am really pleased that we have been able to return to more normal school activity. I hope that we will be able to maintain that and keep on top of the dreadful pandemic that we have faced.

As I said, we have had a lack of investment over the years. Many of the school buildings are really quite tired and no longer fit for purpose. The standard specification in terms of space in a classroom, lighting levels and lots of things no longer applies. Yet many of our schools have an excellent reputation. There is demand for the schools. I think of Greenisland Primary School and Whiteabbey Primary School. Those are older premises, but there is still huge demand for those schools because of the quality of the teaching that occurs. However, if we are to give the teachers the full tools and the young people the full benefits and opportunities, we should provide the right facilities for them.

Mr Lyons mentioned Islandmagee Primary School. It really has been a saga. It was in 2003 that the then three schools agreed to amalgamate. In 2007, the site was bought on the Low Road, and then it sat for years and years with changes in policies. I am pleased that that has now progressed through planning. I would be interested if the Minister could update us on the tendering for the actual building, when we can expect the foundations to be laid, when we can expect completion and when the community can expect to have a facility for which they have yearned for so long.

As was alluded to, in the post-primary sector, there are extra costs associated with this. It is vital that, if the Department is encouraging school amalgamation, it ensures that the budget is appropriate and that young people and teachers are not caught out and suffer as a result. The budget should be appropriate to operate in such conditions. It is not only that. Significant priority should be given to schools that agree to amalgamate.

Turning to Carrickfergus Academy, which is operating on that split-site scenario, there are significant time factors resulting from teachers and staff having to work across two sites. That is costing the public money. It is costing the school funds as well. It is not good management. We have made the point previously to the Minister that the funding arrangements should, again, be reflecting the priorities in the area plan and good value for money in how public funding is spent. I am concerned that, whilst we have not yet had an announcement of our new build to allow all those children to amalgamate in a new build on one of their sites, we are wasting money and failing our young people. I urge the Minister to ensure that that issue is progressed.

Equally, Larne High School is no longer adequate. There has been great success there, with pupil numbers increasing in the last few years from 430 to over 700. The school is not fit for purpose. My dad actually started working at Larne High School in 1957, and some of the premises are still being used. Facilities from 1957 are still being used, perhaps with a lick of paint and that is about the height of it. It is no longer fit for purpose.

I have to say that there is a question of equality. I am very happy that Ulidia has had an announcement of a new build, but its school was built 20 years ago — was it 20 years ago? — and significant parts are being knocked down. We are knocking down a 20-year-old school, yet we are forcing others to continue to use 70-year-old premises. I urge the Minister to ensure that there is appropriate funding and an equality of funding so that all our young people can reach their full potential.”