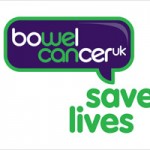 Ulster Unionist MLA for East Antrim Roy Beggs Jnr has highlighted the fact that Carrickfergus has the worst statistics for bowel (Colectoral) cancer for men in Northern Ireland.  After Lung and Breast, Bowel Cancer is the third most deadly cancer in the UK.  In a debate at Stormont Mr Beggs called for an extension of the screening programme  for bowel cancer which was  introduced under former Health Minister Michael McGimpsey 3 ½ years ago.

“In preparing for the Stormont debate on Bowel Cancer, I learned about research statistics published by Queens’ University about cancer death rates in Northern Ireland.  For the 2006-2010 period the standardised mortality rates for colectoral cancer- which is also known as colon, rectal or bowel cancer- is alarmingly high in the borough of Carrickfergus.  At 152.9 the male mortality rate for Carrickfergus is the worst in Northern Ireland.  At 121.4 overall it is second only to Moyle district. This makes the need to raise awareness of the screening programme, to increase recognition of the symptoms and to improve early diagnosis urgent.”

Speaking in the Assembly debate, the East Antrim MLA said:

“Bowel cancer is indeed the third most common cancer after breast cancer and lung cancer.  It affects a large number of people — 1,000 patients a year in Northern Ireland, with 400 people a year dying from the disease.  Of the cases identified, 80% are in the older population — 65-plus.  One of the aspects of the disease that makes it particularly difficult to treat and diagnose early is that the symptoms develop late. When those late symptoms develop, it limits the treatment that may yet be possible.  That is why screening is so important, so that earlier diagnosis can be possible in more cases. “

“On 22 April 2010, the Northern Ireland bowel cancer screening programme began. It was launched by the then Minister Michael McGimpsey for people aged 60 to 69, and, as others have said, that has now been extended.  However, the early detection of the disease can result in a 90% success rate, whereas, if the disease is detected in its latter stages, only 6% survive for five-plus years. It is important for everyone to use that chance to have the disease detected early.  As was said, unfortunately, only 40% of males and 47% of females in Northern Ireland take up the offer that is available free through the health service.  More people must take up that option.

In June 2009, the acting Chief Medical Officer said that, from January 2014, the programme would be further extended to include all eligible men and women aged 50 to 74.  I hope that that will be the case shortly and that we will be able to widen out that age bracket.”

Mr Beggs highlighted the need to recognise the symptoms of bowel cancer:

“…the symptoms are not commonly talked about, but it is important to put them on the record and to make the public aware of them: bleeding from the rectum; a change in bowel habits lasting three weeks or more; unexplained weight loss; extreme tiredness; and perhaps a lump or pain in your tummy.  If you are concerned about any of those symptoms, go and see your GP and be tested.  The earlier you go, the better the outcomes…. diet can be a problem.  That is under our control, and we can lessen the likelihood of difficulties.  Being overweight, lack of exercise, inappropriate diet, high alcohol intake and smoking all increase the likelihood of the disease. It is important that we use the screening and adopt a lifestyle or improve our lifestyle to lessen the risk of the disease.”

Link to Cancer Research UK on cancer rates in the UK